admin
Away from South Beach’s pulsing pool parties and the tycoon enclaves dotting Biscayne Bay, Ryan Breslow, one of Miami’s richest residents—and, at 27, one of the world’s youngest billionaires—balances cross-legged atop a blue beanbag pillow in his humble three-bedroom bungalow right on the border of Little Haiti.

Breslow spends most days alone at home. He dances to “house disco” music on the AstroTurf in his backyard. He meditates amid soaring palm trees, white Buddha statues and a humming air conditioner. And, from a treadmill desk in his sunroom, near the ceremonial drums, he runs Bolt—his $11 billion (valuation), 700-employee fintech startup that’s out to provide millions of online shops with frictionless one-click checkout à la Amazon.

Between Zoom meetings and virtual yoga sessions, Breslow, whose stake in Bolt gives him a fortune worth $2 billion, eats a vegan, locally sourced lunch in solitude and silence. He rarely eats in front of other people. He abstains from meat and gluten, caffeine and alcohol. No supplements or illicit substances, either. The strict routine is part of what he calls “working like a lion,” a philosophy of executing in brief bursts of hyperfocus and intensity, similar to how the big cat hunts. “There’s too much work theater, where people go through the motions to appear busy,” says Breslow, who recently instituted a four-day workweek at Bolt. “I’d much rather have you focus on your health, well-being and family during your time off, so that when you’re here working, you’re all in.”

For a cloistered homebody who claims to disdain the Silicon Valley scene, Breslow seems to be everywhere in tech these days. In all he has raised $1 billion from venture capitalists, $873 million of it just since 2020 from blue-chip shops like General Atlantic, BlackRock, WestCap and H.I.G. Growth. He has turbocharged Bolt’s valuation to $11 billion—a figure that has many in the investment world scratching their head, given that the company did just $40 million in 2021 sales. The number of shoppers who use Bolt’s software has exploded, from 800,000 at the start of 2020 to more than 12 million today. Breslow has signed deals with Adobe, Forever 21 and Fanatics. Insiders say Bolt has soon-to-be-announced deals with a major social network and one of America’s largest department stores. Outside the company, Breslow has self-published two books (Fundraising and Recruiting) and launched two nonprofits: Conscious.org spreads his “work like a lion” gospel, and Movement offers free dance classes in Miami, Los Angeles and New York.

He has also caused industry-wide confusion and controversy. In January, he stepped down as Bolt’s CEO to become its executive chairman, an extremely unexpected move for a young entrepreneur who had just closed a $355 million funding round. He’s publicly touting a controversial employee stock option loan plan that he calls radical but battle-scarred veterans of Web 1.0 say is just reckless. And he has recently taken to Twitter to throw 280-character haymakers at some of Silicon Valley’s biggest players.

Forbes covers the intersection of entrepreneurship, wealth, technology, business and lifestyle with a focus on people and success. 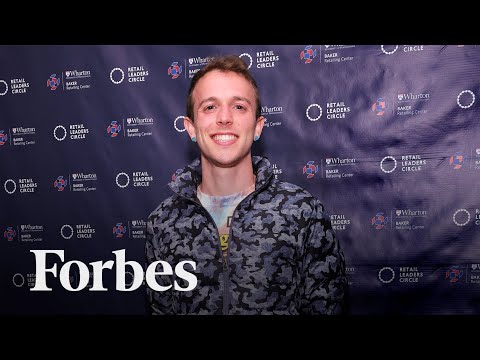 Away from South Beach’s pulsing pool parties and the tycoon enclaves dotting Biscayne Bay, Ryan Breslow, one of Miami’s richest residents—and, at 27, ...