Adam, the CEO of AMC, announced the news on Twitter.

According to Aron, you can now purchase tickets and other AMC offerings like gift cards with Bitcoin, Bitcoin Cash, Ether, and Litecoin. Aron also mentioned that the popular meme coin Dogecoin will be next.

The news comes after months of announcements suggesting that AMC’s adoption of crypto was just around the corner. In a tweet this past September, Aron signaled the entertainment giant’s intentions to accept crypto for purchases.

In October, AMC announced that consumers could buy gift cards loaded with DOGE. Then, just last week, Adam Aron surveyed Twitter on whether or not AMC should accept the Shiba Inu coin. The response was overwhelmingly positive.

AMC almost went bankrupt due to the pandemic last year, but it was saved in part thanks to an army of day traders on Reddit, Robinhood, and Twitter that sent its stocks soaring by around 2300%. Aron fully embraced the company's status as a meme stock and told investors in an earnings call earlier this month that AMC is exploring the creation of its own cryptocurrency. AMC plans to make a foray into the world of NFT's and is in talks with Hollywood studios to create non-fungible tokens related to major films. During the call, Aron said that the theater chain is also thinking about accepting Shiba Inu tokens, but he has yet to announce if it can add the cryptocurrency to its payment options.

What do you think? Is this the beginning of major companies accepting cryptocurrencies? Should you buy up Shiba tokens in hopes this will cause it to drive up in value? 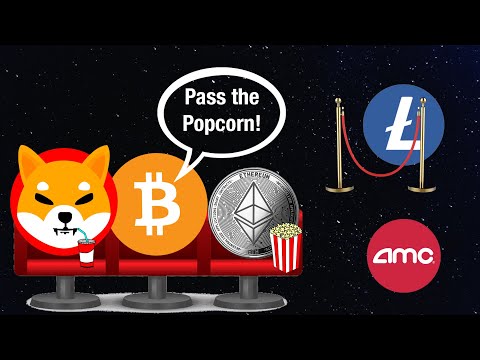 AMC has announced that they will now start accepting some cryptocurrencies to pay for movies and items. This is a potential gamechanger in the industr...