admin
Sentiment across the crypto market dropped for the second consecutive week, although some of the largest cryptoassets were almost unchanged in price over the past week. According to the market sentiment analysis service Omenics, the average 7-day sentscore for the top 10 cryptos tracked dropped to 4.7 today, a notable fall from 5.26 seen last week. The stablecoin USD coin (USDC) was the only coin from the top 10 tracked by Omenics that saw a higher sentscore this week compared to last week. The coin rose from a sentscore of 5 seen last Monday to 5.3 today, in a move that may indicate a flight to safety among crypto users and investors. On the other hand, the biggest loser from the top 10 was crypto.com coin (CRO), which fell from 5.2 last week to 3.8 today, a drop of 1.4 points. The drop made CRO the only coin on the list with a sentscore in the zone defined by Omenics as negative. Litecoin (LTC), which was part of the top 10 last week with a score of 5.2, dropped out of the list this week with a score of 4.3. Meanwhile, bitcoin (BTC) had the highest sentscore among all of the coins from the top 10, coming in at 5.4, although it was down markedly from 6.4 last week. Despite coming in on top, the number one crypto was still not in the territory Omenics defines as positive. Sentiment change among the top 10 coins*:Interpreting the sentscore’s scale:- 0 to 2.5: very negative- 2 to 3.9: somewhat negative zone- 4 to 5.9: neutral zone- 6 to 7.49: somewhat positive zone- 7.5 to 10: very positive zoneLooking at the past 24 hours, both ethereum (ETH) and BTC have dropped further compared to their weekly averages, with ETH coming in at 5.1 and BTC at 5.3. Binance coin (BNB), however, which ranks third by market capitalization (when stablecoins are excluded), rose to a daily sentscore of 4.5 compared to a weekly score of 4.3. Other coins that rose included cosmos (ATOM), which went up from 4.7 on the weekly to 4.8 on the daily, and CRO, rising from 3.8 weekly to 3.9 daily. XRP, the cryptocurrency affiliated with the US-based fintech firm Ripple, dropped significantly from its weekly score to its daily score. The coin came in with a 24-hour sentscore of 3.5, compared to a weekly score of 4.3. XRP and CRO were the only two coins in the negative zone over the past 24 hours. All other coins were in the neutral zone. Taking an even broader look at all of the 35 cryptoassets tracked by Omenics on a 7-day basis, BTC once again stands out as the strongest performer with its 5.4 sentscore. The coin was followed by USDC, zcash (ZEC), ETH, tron (TRX), and synthetix (SNX), which all came in with 7-day sentscores between 5.2 and 5.3. Like last week, the coin with the worst sentiment was nem (XEM), with a sentscore of 3.7. The coin was followed by CRO and ontology (ONT) with scores of 3.8 and 3.9, respectively, placing them all in the negative zone per Omenics’ definition.


All data is taken from the source: http://cryptonews.com
Article Link: https://cryptonews.com/news/bitcoin-stablecoins-most-resilient-as-crypto-market-sentiment-drops-again.htm 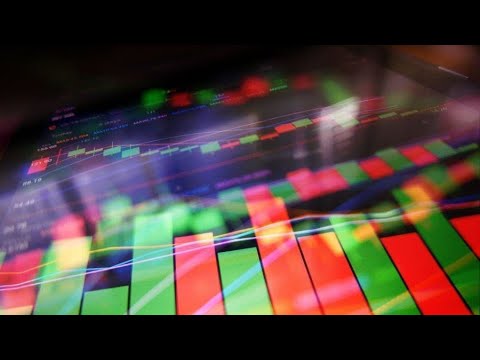 Sentiment across the crypto market dropped for the second consecutive week, although some of the largest cryptoassets were almost unchanged in price o...