admin
Bitcoin is a serious and direct threat to governments’ power to control and print money. So, politicians and bureaucrats are building Bitcoin into the ultimate boogeyman.

It “puts the financial system at the whims of some shadowy group of super-coders,” said Senator Elizabeth Warren. Then there’s the narrative — pushed by British newspaper The Guardian and other uninformed outlets — that Bitcoin is “bad for the environment.” Nothing could be further from the truth.

Let Bitcoin developer and entrepreneur Jimmy Song — in his beloved cowboy hat — explain how misguided that narrative is. It’s “based on a complete misunderstanding of how energy markets work,” he says.

Moreover, as Students For Liberty CEO Dr. Wolf von Laer points out, Bitcoin could be one of the best things ever to happen for those in poverty. There are two BILLION people without access to banks — let alone credit cards and investment strategies. The world’s traditional financial system is leaving them behind, but Bitcoin empowers them to be their own banks.

Featuring a cameo (link below) from “Hip-hop Ludwig von Mises,” this video debunks and corrects much of what you’ve heard about Bitcoin. It also explains Bitcoin’s origin story, the proof-of-work concept on which it’s built, and its similarities to gold.

The March of History: Mises vs. Marx: https://www.youtube.com/watch?v=QwqnRYPcrl0

LEARN LIBERTY:
Your resource for exploring the ideas of a free society. We tackle big questions about what makes a society free or prosperous and how we can improve the world we live in. Watch more at http://www.learnliberty.org/. 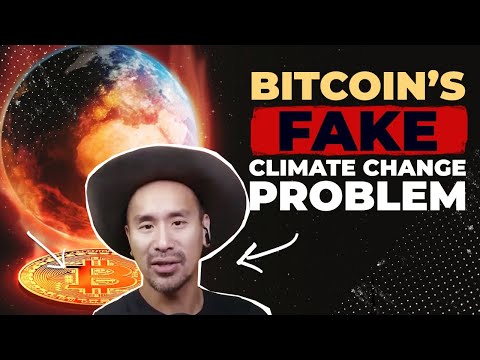 Bitcoin is a serious and direct threat to governments’ power to control and print money. So, politicians and bureaucrats are building Bitcoin into the...