admin
BitMEX, once the world’s largest crypto-derivatives exchange, remains bullish on Hong Kong and the rest of Asia. CEO Alexander Höptner explains why he's investing on crypto and blockchain development in the region.

“I think that Hong Kong always has been one of the centers of blockchain and crypto development,” he said.

Höptner was leading Germany's Börse Stuttgart stock exchange when he jumped at the chance to take a top job with BitMEX, a pioneering cryptocurrency exchange known for its high-risk offerings.

Back in his native Germany, Höptner helmed the Börse Stuttgart when it became the country’s first regulated trading venue for digital tokens in 2019, and before that spent over a decade with the rival Frankfurt Stock Exchange. It didn’t take him long to accept the BitMEX job offer, he said, because he had been contemplating a move into crypto derivatives on the global stage.

“Alex wants to move faster in the crypto economy. He knows it’s not possible for him to do that in Stuttgart,” said Thomas Munz, a former board member at the German exchange who retired in October, last year.

Already, there are some changes in the tone and policies of a company better known as a renegade crypto startup. In January, BitMEX said it had verified the identities, locations, and credentials of all of its customers, a program it kicked off in August, 2020. Höptner says he’s engaging with regulators globally to get to the point where BitMEX can provide services on a regulated basis, and also work to help shape government oversight.

Just as rivals like Binance are chipping away at BitMEX’s market share in derivatives, Höptner is preparing to expand BitMEX’s offering into spot trading and adjacent areas like brokerage and custody, handling transactions and assets for clients.

“We have to very fast make up our mind how we want to approach these aspects and then see whether we could find a partner or whether we build something or buy something,” he said.

He also has to contend with the memory of Arthur Hayes, a poster boy for the early, more freewheeling days of cryptocurrencies. Federal prosecutors in New York charged the outspoken co-founder and other senior officers at the company with failing to deploy an adequate anti-money laundering operation at the derivatives trading platform. Hayes, along with fellow owners and co-founders, resigned from day-to-day leadership duty at the exchange’s holding company.

On stepping into the shoes of the iconic founder, Höptner said: “I’m not trying to be somebody else. I am who I am.”

Based in Hong Kong, BitMEX has offices in Singapore and Switzerland, and recently opened its North American hub in Vancouver.

Despite growing political pressure and a regulatory crackdown on cryptocurrency in China, Höptner remains bullish on Hong Kong.

"I think that talent-wise, tech-wise, trading-wise, Hong Kong is a very important area globally and especially in Asia," he said. "It is too early to tell what the magnitude of the impact will be from China moving into that space. I think it can be a very, very positive movement because again, it's a step to mass market, even if it might mean a small dip for private cryptos in the first place or in a very short time frame."

"When it comes to the magnitude of the asset class crypto in the future, you would see an explosion of possibilities. "

Have a story to tell? Fill out this survey for a chance to have it featured on Bloomberg Quicktake: https://cor.us/surveys/27AF30 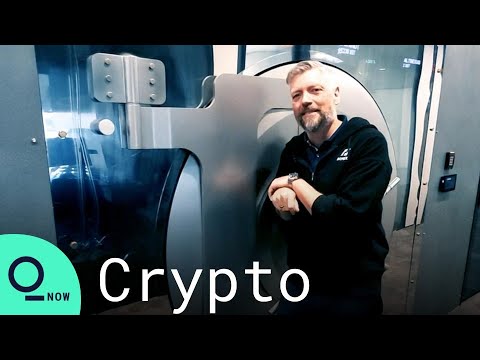 BitMEX, once the world’s largest crypto-derivatives exchange, remains bullish on Hong Kong and the rest of Asia. CEO Alexander Höptner explains why he...