The government is set to table the Cryptocurrency and Regulation of Official Digital Currency Bill, 2021 in the winter session of Parliament. The bill seeks to ban all private cryptocurrencies with ‘few exceptions’, the official document shared by the government says. The initial document doesn’t provide any clarity on these exceptions. It states that the decision has been taken to promote the official digital currency which will be issued by the Reserve Bank of India. The RBI shown the intent of bringing its own crypto but is yet to announce one.

“To create a facilitative framework for creation of the official digital currency to be issued by the Reserve Bank of India. The Bill also seeks to prohibit all private cryptocurrencies in India, however, it allows for certain exceptions to promote the underlying technology of cryptocurrency and its uses,” the official document accessed by India Today Tech reads.

The Crypto bill is part of the 26 bills that the government plans to introduce in the winter session.

The government was planning to ban all cryptocurrencies last year and was even planning to introduce a bill during this year’s Budget. However, the bill was scrapped, and a committee was formed to discuss the matter further with the stakeholders. Since then, it has given hints that cryptocurrencies can co-exist with the Indian rupee but might be regulated. The Bill that it plans to table, states otherwise.

RBI, on the other hand, has been a little critical of Bitcoin and cryptocurrencies. Only a few days back, RBI governor Shaktikanta Das underlined the concerns around cryptocurrencies, calling them a threat to any financial system, at least till they are regulated. He said that cryptocurrencies are serious threats to the macroeconomic and financial stability of the country and also doubted the number of investors trading on them as well as their claimed market value.

It’s worth mentioning that India is one of the biggest cryptocurrency markets in the world. A recent report suggested that the country has more than 10 crore crypto owners while homegrown crypto exchange platforms have maintained that around 2 crore Indians have invested in cryptocurrencies. 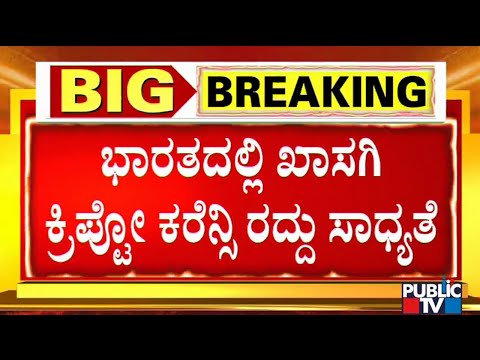