admin
Tomorrow, Motherboard will be premiering the first episode of CRYPTOLAND, our documentary series reckoning with what cryptocurrency is doing to culture, politics, economies, society, the planet, and the physical infrastructure of our world.

The series will roll out every Thursday over the course of the next eight weeks on this YouTube channel.

Motherboard has been trying to make a documentary about Bitcoin and cryptocurrency off and on for nearly a decade, almost as long as Bitcoin itself has been around. We filmed at Bitcoin 2013, back when one bitcoin was worth $118 and was primarily used for buying drugs on Silk Road. But we never really did anything with it. Other projects came up, staff who worked on it left the company (Alec Liu, the host of the documentary, was so excited by what he saw at the conference that he left journalism for the crypto industry), and the world of Bitcoin changed so often and so much that it soon felt like a documentary would have to encompass far more than a buzzy conference to meaningfully reckon with what cryptocurrency is doing to culture, politics, economies, society, the planet, and the physical infrastructure of our world.

In the meantime, we’ve been reporting and writing endlessly on Bitcoin, Ethereum, blockchain tech, and cryptocurrency more broadly. We’ve covered Bitcoin and cryptocurrency scams, lawsuits, hacks, investment success stories and failures, important technical changes, crypto culture, and how it all interacts with existing power structures. We were there for the block size "civil war," for the ICO craze, and when NFTs first began to take off. We have written about memecoins, shitcoins, privacy coins, DAOs, DeFi, protocol forks, rare Pepes, energy, environmental concerns, and innovation. While many people still wonder if cryptocurrency is the future, we know that it’s also profoundly affecting our world today, right now, all over the place.

And so last fall we set out to make Motherboard’s first major documentary series in a few years, and our most ambitious video work in the cryptocurrency space. We partnered with our colleagues at VICE News Tonight to document what cryptocurrency is doing to politics, culture, and the world.

- at a fracking / Bitcoin mining operation in West Texas
- inside a massive Bitcoin mine in upstate New York that recently relocated from China
- in the disputed Eastern European micronation of Liberland
- with a couple who struck it rich in altcoins and moved to Puerto Rico, a crypto tax haven
- with sex workers who use crypto at a hype house in Las Vegas
- on the steps of the Lincoln Memorial with one of Bitcoin’s earliest investors
- at a Bitcoin mine in Kazakhstan

And lots more. We also, at long last, revisited our early footage from the 2013 conference, which now looks quaint compared to the spectacles that the crypto industry puts on today. The result is CRYPTOLAND, a series that we think cuts through the hype and knee-jerk reactions about cryptocurrency to show how it’s affecting the world today, and what it might look like tomorrow. Each episode consists of a 12-15 minute field segment that introduces a concept in cryptocurrency, followed by a studio discussion with Motherboard reporters and experts in the field, who will contextualize what you just watched. The first season has eight episodes, and the first episode will drop Thursday.

So many people worked on this show, and you’ll see a lot of them in the episodes, which we’ll be rolling out every Thursday for the next eight weeks on Motherboard’s YouTube channel. But we specifically want to thank our showrunner, Jonah Kaplan, without whom this would not be possible, our in-studio host Krishna Andavolu, and Lara Heintz and Justin Silverman, who produced the studio segments. 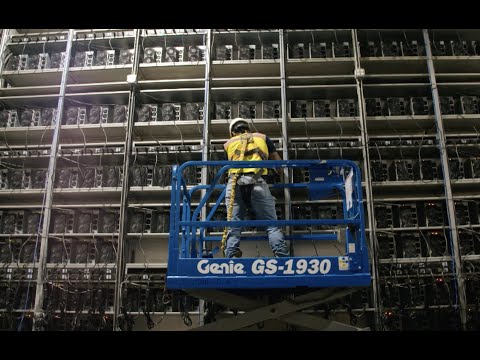 Tomorrow, Motherboard will be premiering the first episode of CRYPTOLAND, our documentary series reckoning with what cryptocurrency is doing to cultur...