Bitcoin price is in decline worldwide as Kazakhstan, the world's second-largest mining hub, is facing major internet disruptions amid the recent protests.

The exchange will resume trading as soon as the situation in the country 'stabilises,' they added.

The cryptocurrency has dropped below $43,000 (£37,960), which marked a daily drop of nearly 8.5 percent, as internet and mobile connection was shut down due to fuel price riots and the government's crackdown on protests.

Unauthorised rallies began in the Mangistau region of Kazakhstan on Sunday after prices for liquefied gas rose from 60 to 120 tenge (€0.12 to €0.24; $0.14 to $0.28) per litre from January 1. The price hike came after the government lifted price controls on liquefied petroleum gas citing a need to liberalise the market.

The country's president Kassym-Jomart Tokayev on Wednesday accepted the resignation of the country's government, which will continue to perform its duties until a new cabinet of ministers is formed. The authorities have also announced restored price caps on liquefied petroleum in response to the unrest. 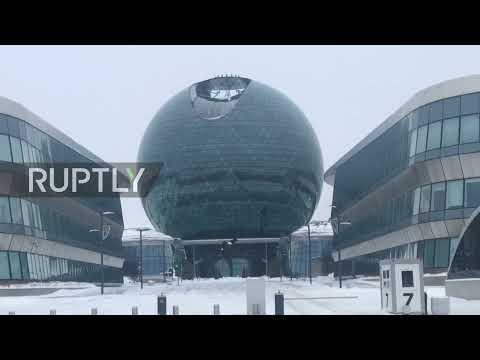 Follow us on Telegram: https://t.me/s/ruptlynews Subscribe to our channel! rupt.ly/subscribe Bitcoin price is in decline worldwide as Kazakhstan, the ...