admin
After banning all cryptocurrencies, China is now ‘close’ to releasing its own digital coin. A gold-backed cryptocurrency . This could be “a catastrophic trapdoor opening underneath the US economy. China appears to be advancing efforts to issue a digital currency in the wake of Facebook’s own token, Libra. When China announces as a surprise its 20,000 tons of gold and a gold-backed cryptocurrency that “will kill the US dollar deader than a doornail, it will be a “Pearl Harbor-type event, and it’s coming in the next six to nine months" Max Keiser predicts. Welcome to The Atlantis Report. Russia, from its side, is maybe building a gold-backed cryptocurrency on the state level, that has the potential to disrupt the current global financial system. China may be on the same track. Russia is buying gold, and there is no denying or hiding this fact. In the past few decades, Russian gold reserves have more than doubled, and the demand from the Government is now exceeding the mining supply of the metal. China’s recent endorsement of blockchain technology meanwhile appeared to have an immediate positive impact on Bitcoin markets. Nonetheless, local media subsequently tempered the hype, advising citizens not to take the support as proof of a change of stance regarding cryptocurrency. Beijing outlawed cryptocurrency trading in September 2017, a situation which officially remains the same despite rumors that investors are using different on-ramps to gain access. China launching a digital counterpart of the yuan backed by gold puts Bitcoin (BTC) at a disadvantage, veteran gold bug Peter Schiff claims. In a tweet on Nov. 2, Schiff, notorious for his cynicism when it comes to Bitcoin, attempted to counter criticism of his stance by Keiser's report host, Max Keiser. "[China] is rolling out a cryptocurrency, a lot of the details have not been divulged. I can tell you that the cryptocurrency that China's rolling out will be backed by gold. It's a two-pronged announcement. Number one, China's got 20,000 tonnes of gold, number two, we're rolling out a crypto coin backed by gold, and the dollar is toast," Keiser told Kitco News.

For the full transcript go to https://financearmageddon.blogspot.com 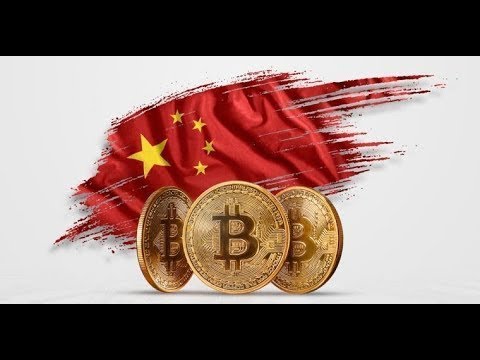 After banning all cryptocurrencies, China is now ‘close’ to releasing its own digital coin. A gold-backed cryptocurrency . This could be “a catastroph...