admin
Russia’s crypto-skeptic Central Bank appears ready to climb down over some aspects of its proposed crypto ban – but still wants to ban mining, despite recent comments on the matter from President Vladimir Putin. VC.ru reported that the Central Bank has now repeated its calls for a ban “at least” on crypto mining – if not on trading itself. The Central Bank argued that mining is an “activity that poses a threat to citizens and the economy,” as it “creates a demand for cryptocurrency-related infrastructure,” which it said would embrace various “negative effects associated” with tokens. It called for a mining “ban,” but noted that not all tokens require energy-intensive mining in order to mint tokens, claiming that mining and blockchain networks were not synonymous. The bank claimed that mining posed a risk to the health of energy networks, and added that the industry also "poses a direct threat to the environment," claiming that in 2021, Bitcoin (BTC) and Ethereum (ETH) mining caused the emission of 78m tons of carbon dioxide into the atmosphere, which the same amount that would be produced by 15.5m cars. The bank also made references to recent comments by Erik Thedéen, the Vice-Chair of the European Securities and Markets Authority, who this month called on the EU to “ban” proof-of-work crypto mining (PoW) – calls that were met with derision from the crypto sector. However, the Central Bank is likely to find few allies in the government when it comes to bans on crypto. Octagon reported that the nation’s Ministry of Digital Development thinks that a ban on the circulation of cryptocurrencies would “slow down the pace of development of the IT industry and make it uncompetitive.”The department’s minister, Maksut Shadayev, was quoted as stating:“The introduction of any restrictions on the issuance and circulation of cryptocurrencies will lead to the stagnation of the development of the blockchain solutions industry. Any regulatory restriction in this regard will lead to an outflow of specialists to other countries.”Meanwhile, the American credit rating agency Fitch Ratings has warned that the Central Bank’s original proposals, if accepted, could help “limit” the Russian “financial system’s exposure to risks associated with the emerging sector” – but at the expense of innovation. In a press release, the firm stated that the measure “may hold back the diffusion of technologies that could improve productivity.” They said that a ban “should increase the authorities’ capacity to monitor and manage financial flows, which might otherwise be eroded by the growth of cryptocurrency transactions.”But, it added, a crackdown would also “block off potential revenue-generating activity, and could set back Russian banks’ engagement with the technologies underlying the cryptocurrency sector.


All data is taken from the source: http://cryptonews.com
Article Link: https://cryptonews.com/news/russian-central-bank-still-wants-ban-bitcoin-crypto-mining-despite-backlash.htm 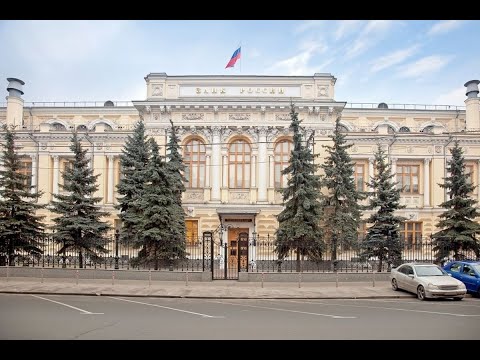 Russia’s crypto-skeptic Central Bank appears ready to climb down over some aspects of its proposed crypto ban – but still wants to ban mining, despite...