admin
A solo Ethereum miner has just gotten what could be described as the lucky break of a lifetime after mining a single ethereum block that netted them a reward that ran into the hundreds of thousands of dollars. While ethereum’s mining difficulty is not as high compared to bitcoin, it is still a difficult, energy and computationally intensive process that discourages the average person. However, a lot of solo miners remain in the ethereum ecosystem and continue to make a profit from their mining activities. Although not all of the miners get to mine a single block that delivers a reward with life-changing money. Such is the case of the solo miner in this report after solving a block that netted them about 170 ETH in rewards. A report from BeInCrypto outlined the activity of a solo ethereum miner that saw an incredible block reward go to the miner. The miner who had found a block and then proceeded to mine it independently got a total of 170.65 ETH in rewards for this. The value of the ETH at the time it was rewarded was roughly $540,000 in rewards which went to this miner. Related Reading | Altcoins Are Encroaching On Bitcoin’s Dominance On Digital PaymentsCompared to the average reward per block mined in ethereum which is about $13,000, this is no doubt an impressive win for the miner, who has received what is no doubt one of the highest block rewards on the network. Mined on Monday January 17th, the miner got the spoils of their victory in a block that contained 236 transactions, all mined by a solo miner in about 9 seconds. Finding and mining a block like this on the ethereum network is hard and grows increasingly harder as more miners set up operations. Finding one with a block reward of more than 170 ETH is even more unlikely, making this akin to winning the lottery on the part of the miner. Although it can be difficult for a solo miner to find and mine blocks all by themselves, receiving the full reward, it is not unheard of that small-time miners have claimed such coveted reports. This happens across various blockchains and ethereum is no exception. Related Reading | American Rapper Lil Baby On Holding Bitcoin And Ethereum Over FiatBitcoin, which features arguably one of the highest mining difficulties, has seen events like these take place. Last week, Bitcoinist reported that a small-time bitcoin miner had beaten the odds to mine a block all by themselves. This netted them the entire block reward of 6.25 BTC, as well as the transaction reward. In total, the miner made over $267,000 from that single block mined. The same had also occurred a year prior where Dr. Kolivas, a software engineer that helped develop the CGMiner, recalled that a small-time miner with a low hash rate had also been able to mine a block by themselves and received the full block reward. 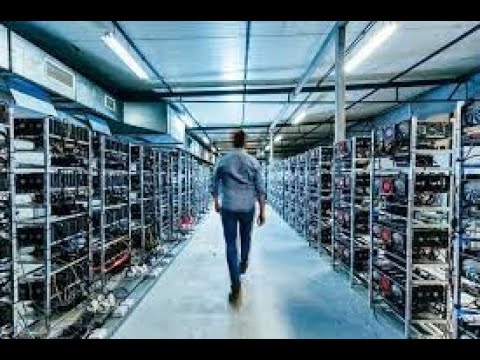 A solo Ethereum miner has just gotten what could be described as the lucky break of a lifetime after mining a single ethereum block that netted them a...