Bitcoin (BTC), on the other hand, is the first-ever cryptocurrency that was made by Satoshi Nakamoto in 2009. Since its inception, Bitcoin has held the #1 position in the cryptocurrency market and is currently trading at $36,659.60 after a fall from its all-time high of $68,789.63 just three months ago.

Several analysts in the cryptocurrency world believe that Ethereum can overtake Bitcoin in the near future. These speculations are based on the comparison between the recent performance of Bitcoin which had a mixed year of highs and lows so far, to Ethereum, which went up 425% in 2021 and continued to gain momentum as it reached an all-time high of $4,878.26 in November 2021.

Despite the ever-growing popularity of ETH (currently valued at $2,600), Bitcoin enthusiasts hold a strong opinion that Ethereum cannot surpass BTC. However, the winds of change seem to be in the favor of Ethereum.

On today’s CoinMarketCap episode we explain what’s the Flippening and present you a set of reasons for why it may actually happen in the near future. 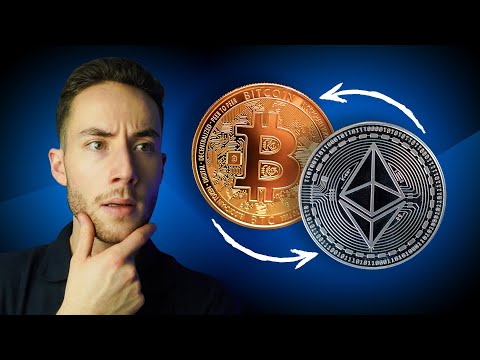 The wizardry mind of Vitalik Buterin created Ethereum (ETH), a cryptocurrency that broke major records in the blockchain world and became the #2 ranke...