admin
This video goes over the need for a shift in consciousness using blockchain and AI.

The SingularityNET - Ben states - in the Singularity Net ecosystem, we've really been working at concurrently building out every layer of the decentralized tech stack. So Singularity Net is a multi agent system for AI's, and AI for the blockchain together and scammers cooperate on various AI services. It's sort of in the middle of a decentralized tech stack. Learning that you have a blockchain right and we build singularity initially, on the Ethereum blockchain that was launched in 2017 investment. We've been in the midst onboarding to Cardano blockchain, which I'll talk a bit in my talk in a few minutes here at AIBC but Cardano is way better than Ethereum in case scalability, right. We're gonna do even better with hypercycle, which is the new Cardano sidechain, which is customized just for AI. Now on top of singularity platform, there's a lot of other things you need to use Singularity to create a decentralized AI ecosystem to your power the next phase. So we have some deep AI tools in the upcoming high ground system we're building that provides decentralized AGI artificial intelligence. 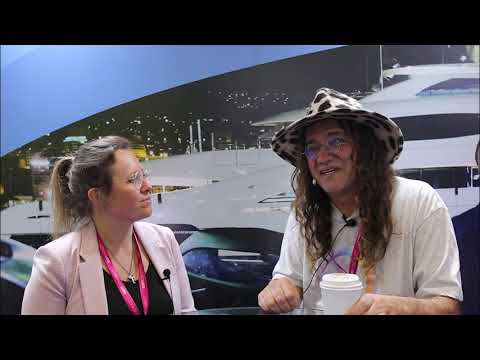 This video goes over the need for a shift in consciousness using blockchain and AI. The SingularityNET - Ben states - in the Singularity Net ecosystem...